The young grass that emerges from recently sprouted wheat grains is known as wheatgrass. Triticum aestivum is the scientific name for wheat, and by extension, wheatgrass. This thick, bright green grass is harvested approximately 7 to 10 days after sprouting and used to make juice or powder for medicinal purposes.

Wheatgrass is very nutritious and has few calories. It contains 90+ minerals, including iron, calcium, selenium, potassium, sodium, and magnesium; as many as 17 amino acids, including 8 essential amino acids that the body cannot make; and several enzymes, making it a true super food. Vitamins A, B complex (including B 12 and the rare Vitamin B 17), C, and E are also present. Wheatgrass also contains glutathione, a powerful antioxidant that fights dangerous free radicals to lessen oxidative stress and prevent cell damage.

Chlorophyll, the pigment that gives plants their green color, is abundant in wheatgrass. It increases hemoglobin count and oxygenates blood when consumed. Wheatgrass juice is sometimes referred to as “green blood” since it is also a vibrant green color. It’s interesting to note that blood diseases have traditionally been treated with wheatgrass. The earliest documented uses of wheatgrass, which date back more than 4,000 years, are found in ancient Egypt.

In holistic medicine, wheatgrass juice powder has long been employed as a healing agent. It’s thought to be an alkalizer that returns the body’s pH balance to normal. It is currently regarded as a superfood that improves the physical health of the body in numerous ways as more and more research on its health advantages becomes available.

Here are some of the main advantages of wheatgrass:

Wheatgrass has a lot of chlorophyll, a chemical closely related to hemoglobin. Wheatgrass may aid in blood oxygenation and purification, blood circulation improvement, and blood pressure stabilization. It is frequently recommended for problems with both blood and blood circulation. For nutritional support, it is also administered to thalassemia.

For increased energy, wheatgrass aids the liver in eliminating toxins that have built up. This may also show up as noticeably better skin because liver toxin buildup manifests on the skin as pigmentation and dullness.

Vitamin B17, sometimes referred to as amygdalin, is found in wheatgrass and is thought to have anti-cancer properties.

In order to prevent infections and shorten the time it takes for an infectious condition to recover, wheatgrass may assist the body’s immune system function.

The neuroprotective properties of wheatgrass aid to enhance cognitive abilities like memory and hand-eye coordination. This may even protect against serious brain conditions like Parkinson’s and Alzheimer’s while easing some of the symptoms. The traditional use of wheatgrass for anxiety reduction

Because wheatgrass is high in antioxidants, it is very effective at lowering oxidative stress, which is brought on by dangerous free radicals that build up in the body.

Wheatgrass has a comparable effect to insulin and can assist type 2 diabetic individuals maintain stable blood sugar levels. Wheatgrass can assist in reducing inflammation, which can help manage diabetes-related problems.

Reduces the symptoms of arthritis

Due to its powerful anti-inflammatory effects, wheatgrass may be able to lessen the pain, stiffness, and swelling associated with arthritic joints.

When used sparingly, wheatgrass is a safe drug. Constipation, headache, nausea, and upset stomach can all be side effects of excessive intake.

Check the label to make sure the product is gluten-free if you have a gluten intolerance. Wheatgrass by itself does not contain gluten, but if it is crushed with wheat grain, some gluten may be present in the juice.

We advise waiting to take any supplement until you’ve spoken with a healthcare provider. Supplements should not be taken by those under the age of 18, pregnant women, or nursing mothers.

Why Take a Supplement of Wheatgrass

Juicing fresh grass yields wheatgrass juice. This is really nutritious, but it’s always best to extract the juice right away and drink it that way. Fresh Wheatgrass and hygienically produced juice are not available to everyone.

A specific amount of wheatgrass powder is contained in each wheatgrass capsule. The digestion is simple (just take with water). There are no hassles or bad tastes. When you purchase from a reputable brand, you also get reliable quality.

For almost 4,000 years, wheatgrass has been used as a medicine. It has super food rank in nutrition due to its extraordinarily high levels of several vitamins, minerals, antioxidants, and amino acids. It is widely used for treating blood problems, detoxifying, reducing inflammation, and many other conditions in addition to promoting general wellness.

Wheatgrass: What is it? What makes something a “super food”?

Green shoots from young wheat plants are picked to make wheatgrass. It is a naturally occurring food that is incredibly rich in vitamins, minerals, and amino acids. Even vitamin B17, a known cancer fighter, is present. Wheatgrass has earned the moniker “super food” thanks to its high nutritional value. Colitis, blood problems, diabetes, lowered immunity, and anemia have all been traditionally treated with wheatgrass. It is thought to be an alkalizer, or a restoring of the body’s healthy pH balance. Wheatgrass has also been shown in studies to increase blood hemoglobin levels and strengthen the immune system.

Why should I take capsules of wheatgrass? Why is fresh Wheatgrass juice not recommended for me?

A great nutritional help is fresh wheatgrass juice. You won’t receive the best nutrition, though, unless you produce your own Wheatgrass and juice it right before drinking, as storing degrades Wheatgrass’ nutritious content. The extraordinary nutritional content of this superfood is preserved when using high-quality Wheatgrass capsules, such as WOW Life Science Wheatgrass Capsules, which employ Wheatgrass powder manufactured by quickly freeze drying fresh Wheatgrass juice. Additionally, the powder form has concentrated nutrients for wholesome, healthful nutrition. Additionally convenient to take and transport anyplace, wheatgrass pills. 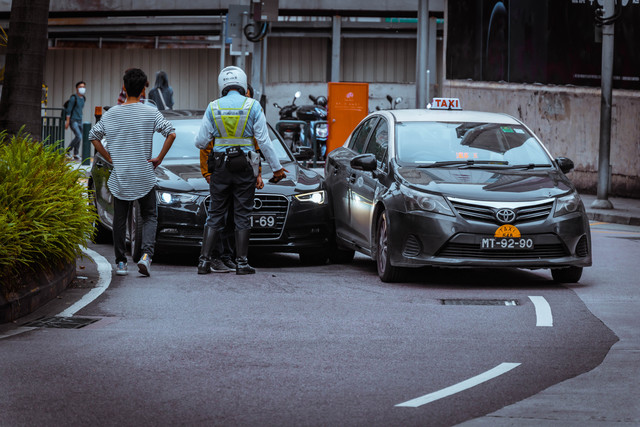